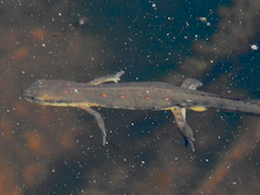 On Saturday June 6th I spent some time at the Beaver Trail, mostly looking for birds and dragonflies. There weren’t as many odes flying as I had hoped, but I did catch both Spiny and Beaverpond Baskettails, and found a Belted Whiteface at the boardwalk. Taiga Bluets have emerged, and a Fragile Forktail at the boardwalk was my first of the year. I only found 23 species of birds, with both warblers and flycatchers well-represented; species included Eastern Wood-Pewee, Alder Flycatcher, Eastern Phoebe, Great Crested Flycatcher, Eastern Kingbird, Black-and-white Warbler, Common Yellowthroat, Yellow Warbler, Chestnut-sided Warbler (seen), and Black-throated Green Warbler. The only other species worth noting are Purple Finch and Virginia Rail.

END_OF_DOCUMENT_TOKEN_TO_BE_REPLACED 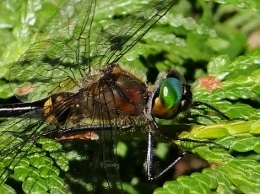 Today I left at 9:00 am – much later than I usually go out when I’m birding – to go dragon-hunting at Marlborough Forest. I had really enjoyed my outing there two weeks ago and wanted to see the Aurora Damsels and Brush-tipped Emeralds again. And while I didn’t think I would see the Twin-spotted Spiketail again, I wanted to go back to the bridge to look for Ebony Jewelwings.

When I arrived I checked the vegetation at the edge of the parking lot and found lots of Sedge Sprites, Chalk-fronted Corporals, three White Admirals and a couple of Northern Crescents, but no Aurora Damsels. This was likely because I had arrived earlier in the day than my last visit, and the western edge of the parking lot was still in shade.

END_OF_DOCUMENT_TOKEN_TO_BE_REPLACED 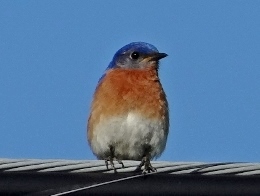 I had so much fun catching and photographing dragonflies at the South March Highlands on the first day of June that I decided to spend some time at the Cedar Grove Nature Trail in Marlborough Forest the next day. First, though, I headed out to Dunrobin to check out the Carp Hills along Thomas Dolan Parkway for Eastern Towhees and Golden-winged Warblers. It was still cool in the morning when I left, perfect for birding, and although I didn’t find either of my target species, I had some great birds nonetheless. These included an American Kestrel, a Wild Turkey, two Wilson’s Snipes, a couple of House Wrens, and a couple of Alder Flycatchers.