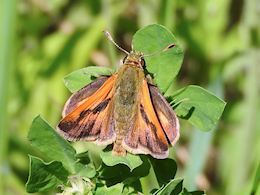 The beginning of June is an exciting time as more and more insects start emerging from their winter dormancy. I had the second week of June off work, and with the COVID-19 pandemic putting an end to travel plans – we could not go to the Atlantic provinces without a mandatory 14-day isolation period upon arrival, and the Canada-U.S. border is still closed to non-essential travel – I planned to spend the week exploring trails near me and looking for birds and bugs close to home. My plan was to get out and see some new places, and hopefully find some new species, and the weather actually looked nice for the whole week – plenty of sun and no rain in the forecast.

END_OF_DOCUMENT_TOKEN_TO_BE_REPLACED 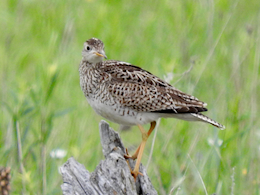 Sometime in early 2020 I decided to put in the effort this year to see or hear 200 bird species in Ottawa this year, something I’ve failed to do since 2015 when I observed 210 species while working full-time. I also managed to observe 202 species in 2013 and 205 species in 2011. After 2015 my annual totals dropped to 182, 196, 166 and 177. This was probably about the time that I decided not to chase birds as much as I used to, as it’s not the most enjoyable aspect of birding for me. I prefer exploring new areas or old favourites, just to see what species breed or spend the summer there, or migrate through in the spring and fall. This meant I haven’t gone to see the Sandhill Cranes at Milton Road in the fall since 2015, the Snow Geese in the east end since 2015, or the grassland sparrow species (Vesper, Clay-colored and Grasshopper) at the airport since 2017. Sometimes I get lucky and find those species closer to home; individual Snow Geese are usually seen annually in the west end during spring and fall migration, while Clay-colored Sparrows were found at the Goulbourn sparrow field in 2017 before development ruined that area as a birding spot. END_OF_DOCUMENT_TOKEN_TO_BE_REPLACED