On Saturday, January 27, 2013, the Ottawa Field-Naturalists’ Club (OFNC) trip to Amherst Island finally took place after being delayed twice, the first time because of deer hunting in Owl Woods and the second time because of the weather. We couldn’t have asked for better weather for trip; although it was -20°C when we left, it warmed up to a beautiful -7°C with periods of both sun and cloud. The deep freeze had ended just in time.

We left at 7:30 am in order to catch the 10:30 ferry, stopping briefly at the Mallorytown service center to refuel our cars and our bodies. We saw at least three Red-tailed Hawks, one flock of Wild Turkeys, and two porcupines sleeping in a deciduous tree on the drive down.

END_OF_DOCUMENT_TOKEN_TO_BE_REPLACED 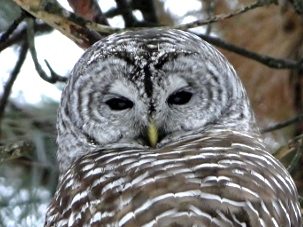 January, as usual, is turning out to be a wretched month for birding. First we had rain and foggy, mild temperatures two weekends ago; then last weekend we got more snow, including sudden squalls that resulted in white-out conditions; and now a cold Arctic air mass has settled over Ontario, causing the jet stream to sag to the far south (in this case, Alabama!) and temperatures to fluctuate between to -20°C during the day and -30°C at night. As a result, I’ve only been able to add two birds to my winter list and four birds to my year list since the first weekend of January.

END_OF_DOCUMENT_TOKEN_TO_BE_REPLACED 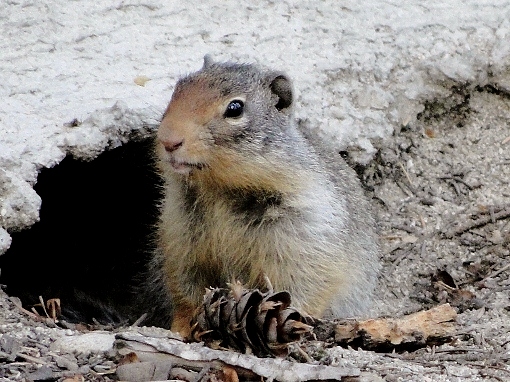 Now that 2012 has ended, it’s time to look back and remember my favourite moments and most memorable wildlife encounters from the past 12 months. Some of the most notable events of 2012 were the summer-like weather in March, the mid-summer drought, my trip to Alberta, and the winter finch irruption in the fall. I ended up with only four life birds in the Ottawa study area (including one on the Quebec side) and nine life birds from Nova Scotia and Alberta. Of course, I missed a lot, too – the Scissor-tailed Flycatcher in Carp, the Tufted Duck at Shirley’s Bay, Ottawa’s first Cave Swallow, the Northern Hawk-Owl at the airport, and the Ivory Gull a few weeks ago. The Ivory Gull was particularly painful as it was discovered near Arnprior on a Saturday afternoon and I didn’t find out about it until 4:00 p.m. when I checked my email and it was already starting to get dark. Like the Scissor-tailed Flycatcher, it stayed only one day and subsequent efforts to relocate it proved fruitless. Many birders saw it, so it would have been an easy lifer had I found out about it sooner!

Despite these misses, I saw a number of good birds and other wildlife in my travels. Here are some of my favourite encounters.

END_OF_DOCUMENT_TOKEN_TO_BE_REPLACED 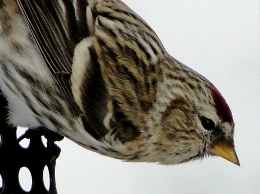 The new year is only five days old and already I have tallied thirty bird species in three outings. Once again, the American Crow was the first bird of the new year, followed by European Starling. I didn’t get the early start I had wanted on New Year’s Day, but I still managed to leave the house around 9:00 and find the Rough-legged Hawk near the intersection of Brownlee and Eagleson Roads right away. Two Red-tailed Hawks near the Trail Road Landfill were the only other raptors I’ve seen so far this year.

At Jack Pine Trail I added both nuthatches, a small flock of Common Redpolls, a couple of American Tree Sparrows and a Northern Cardinal to my brand-new year list, while the Harlequin Duck still present north of Bate Island and the Carolina Wren at Mud Lake provided two easy ticks for birds rarely seen in Ottawa. Two Canada Geese swimming in the channel behind the ridge were a good find, though I have heard that one has an injured wing. By the time I saw the Pine Grosbeaks along March Valley Road I was tired and ready to quit, even though I only tallied 23 species that day.